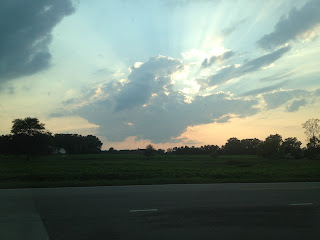 There is a fountain of youth: it is your mind, your talents, the creativity you bring to your life and the lives of people you love. When you learn to tap this source, you will truly have defeated age.

I know this because I love quotes. I am that person who can spend hours just reading short blurbs on those quote websites, instead of doing actual, productive work. I love quotes because, although they are taken out of context and are only part of a whole speech/idea/conversation, they can provide great insight into the mind and character of a person.

For example, Erma Bombeck was known for her pithy, hilarious commentary on being a housewife and mother- something I can relate to in many ways. Here's one of my favorites (because it's true).

All of us have moments in out lives that test our courage. Taking children into a house with a white carpet is one of them.

The funny ones are some of my favorite quotes, like the one here from Bill Cosby.

No matter how calmly you try to referee, parenting will eventually produce bizarre behavior, and I'm not talking about the kids. Their behavior is always normal.

But I do enjoy the deeper thinking quotes as well.

"To be yourself in a world that is constantly trying to make you something else is the greatest accomplishment.” - Ralph Waldo Emerson

"It's not what you look at that matters, it's what you see." - Henry David Thoreau

And creative types such as Lewis Carrol are always highly quotable.

Why, sometimes I've believed as many as six impossible things before breakfast.

When you are describing a shape or sound or tint, don't state the matter plainly, but put it in a hint, and learn to look at all things with a mental sort of squint.


I've found that sometimes a quote can help me if I'm stuck on a page or paragraph that I'm writing, or it can even inspire an entire story. Sometimes it just helps to refill my creative well without the commitment of reading a novel or watching a movie. And I find that there is a quote, from someone, somewhere, that fits almost any situation you find yourself in!

Tell me what some of your favorite quotes are! Funny, serious and thought-provoking, all are welcome...

I had an epiphany.

The same earth-shattering, life-changing, original epiphany every mother has at one time or another. I decided to teach my kids a lesson in responsibility, gratitude and what it means to be a member of a family.

Did you know there’s this amazing centrifugal force called M.O.M. and she does everything, all the time, with a smile on her face?
Apparently, children are born expecting servitude from this mythical creature.

Before we get to the particulars, you must understand this decision was beyond difficult for my not-so-inner control freak. I like things the way I like things and when expectations are not met, foaming at my mouth occurs. Seriously, think Cujo on two shaved (sometimes) legs. 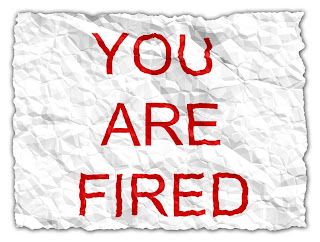 I’ve let my house go to the bears. Heh, heh.  Toys rule the floor. Dishes rule the sink. And Laundry? Oh, you don’t have a clean shirt? Awww. Better turn that crumpled one on the floor inside out.

Why do this? Certainly not because I'm into the demilitarized zone decorating style.
I’ve grown tired of picking up after little people—be it toys, clothes, schoolwork or dishes. If I trip over Barbie one more time, she’s getting a buzz cut.  And those Geo Trax remote controls that like to go off in the middle of the night and make my sleep-deprived brain think a ghost is screeching, “Chug-a-chug-a-whoo-WHOO!”

Now I don’t want you leaving here with the impression my kids don’t have chores—they do, but I have to constantly stay on top of them to make sure said chores are done. And isn’t that just a pain in the rump? It’d be easier (and quicker, not to mention better done) if I just did it myself. But I refuse to allow my children to expect from others what they won't do for themselves.

So the lesson I’m attempting to teach my babes is that when we work together, support one another, things run smoothly. But when people don’t do their small part, the whole system falls into chaos and we all lose.

And the lesson they’re teaching me? Their will is stronger than mine.

Got any advice or tips for mama Bear? I could really use some.
Posted by Andris Bear at 12:00 AM 29 comments:

I'm a little stressed at the moment.

I know that I'm just at the time of life that is busy and harried, but it's been a real kick in the pants these last few weeks.  Besides the normal chaos that accompanies the raising of two teenage boys, in the last little bit we've dealt with new jobs, new directions, one hospitalized parent, and a dead well.  As in, no water coming in.  For almost two weeks.  Let me tell you, you have no idea how easy running water makes your life until you have to start counting every drop that comes from the faucet!

But I'm not going to go on about that.  Instead I'm going to focus on what's helping.  Those little things that lighten the weight that seems to be pressing me down.  These are the things that are brightening my day, and just making me happy .  . .

1.  My new bench.  We picked it up right before the stuff hit the fan. . . and I've taken every moment I can out of the craziness to sit out on it, squeezing in a few pages or just enjoying the gorgeous weather we've been having here lately. 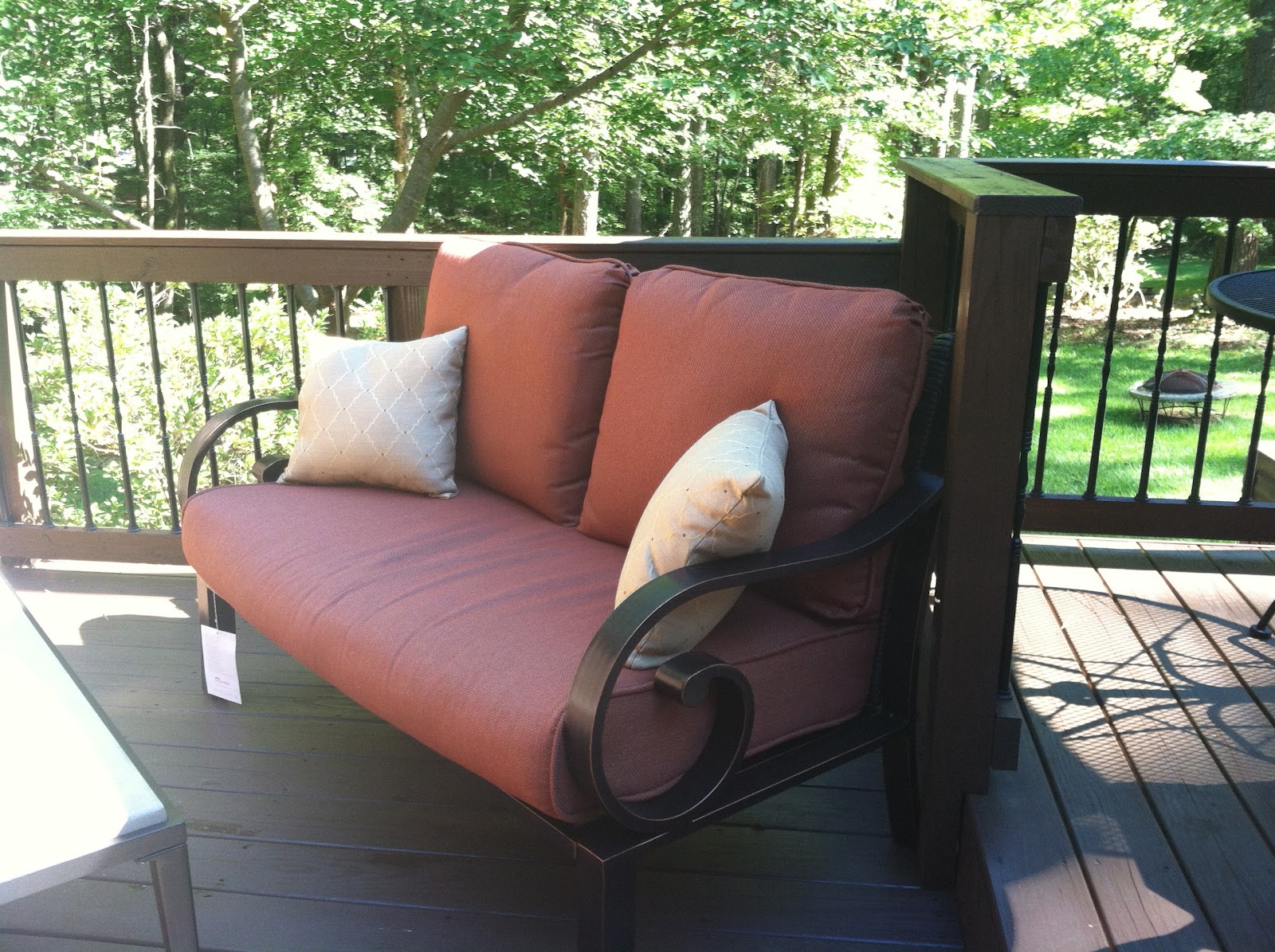 2. Lady Jane's Salon RDU.  A lot of you know that Ava and I are two of the directors of the Triangle branch of LJS.  Tonight we are celebrating our 1st anniversary!  An entire year of lifting up the genre of romance, bringing together writers, readers, librarians, booksellers, industry professionals, and anyone else who loves the genre.  Plus all proceeds go to some amazing charities.  It feels really great to be a part of that. 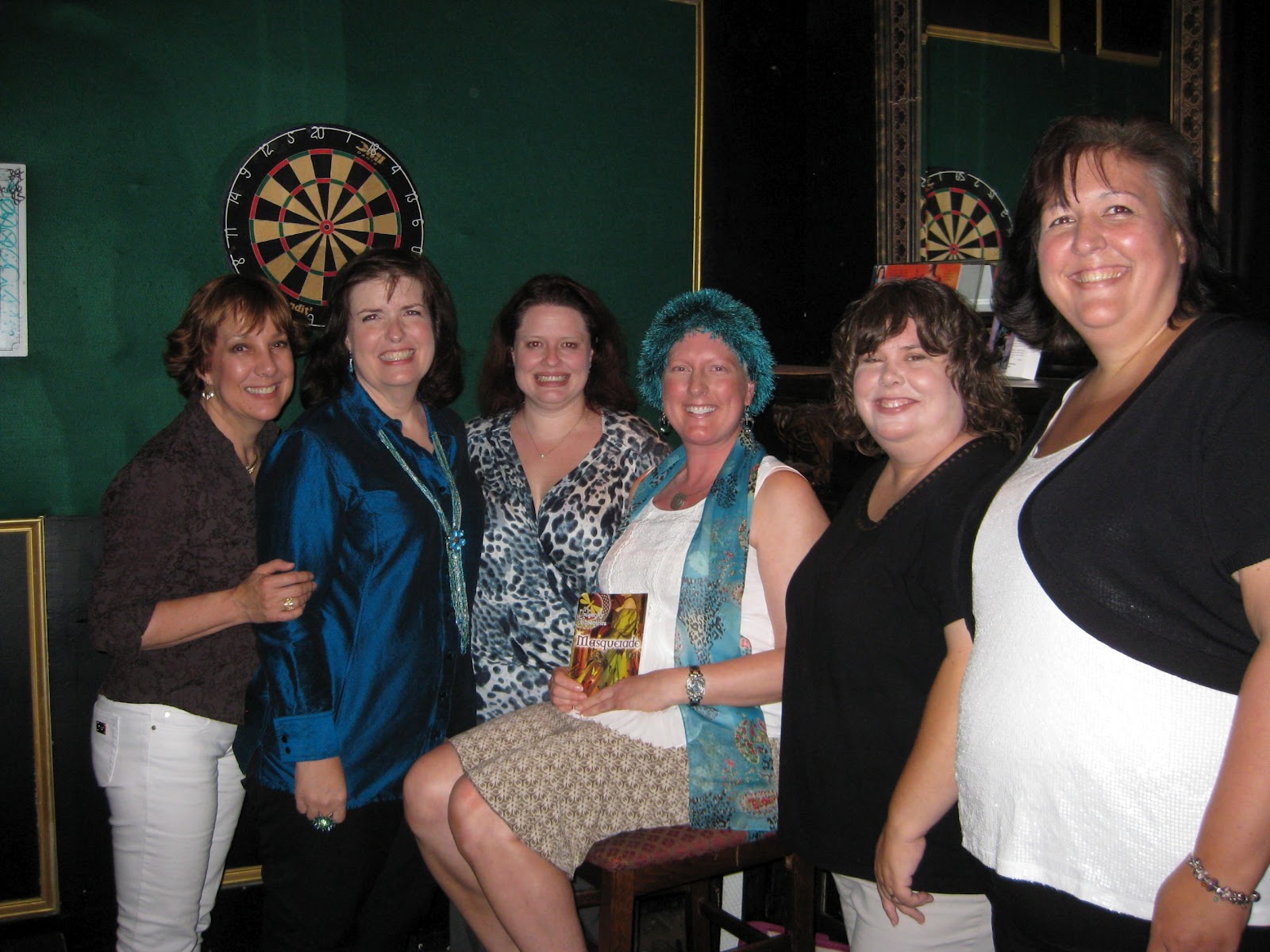 This pic is from last September, our very first LJS RDU.  And tonight our very own Lady Scribe Marquita will read from her debut and help us celebrate this special birthday!


3.  My friends.  You know who you are.  Thank you for listening, sympathizing, pulling me back and distracting me!

4.  This video.  My Eldest is one of the athletes in this little clip.  Yes, it's scary to let him do this.  Yes, he is exhausting at times.  But he's crazy smart and funny and full of passion.  And this turned out so well.

Romance Readers Do It All Night - Giveaway!