As promised, the Lady Scribes are giving another sneak peek at what some of us have been up to lately, and we're giving away more free books. Just leave a comment and your email address to be entered into the drawing. 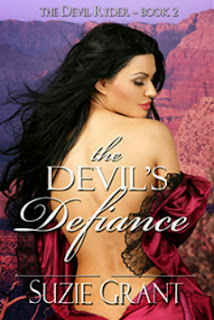 From Book 3 of The Devil Ryder series
“I have no idea to what you’re eluding to, Mr. Ryder, but if you have a point, I’d love for you to make it.”
Warren grinned, focusing on her again. “You lace yourself up in mourning attire as tight as a swaddled newborn babe, pull your hair up in a bun using more hairpins than the Queen of England, and keep a well-placed prudish wall between you and the world.”
She ground her jaw tight but he wasn’t finished. “And then when the world topples all around us I find this…” He lifted a strand of hair from her shoulder and rubbed his fingers across the texture of it. “This silken hair and these…” He dropped her hair a brushed a thumb across her lips. “Incredibly beautiful lips. I’d love to see you smile, Mrs. Gerard.”
Giveaway: print copy of The Devil’s Defiance (US only) 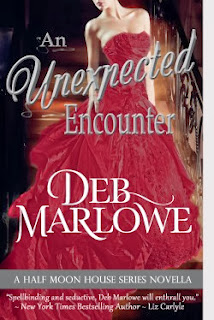 From the upcoming The Leading Lady, second book in the Half Moon House series.

Callie Grant was small in stature, yet boasted more curves than the Thames. Her bosom was a thing of wonder even without sodden curls straggling down, pointing the way, and damp clothes clinging tight. In Tru’s eye she stood testament, a magnificent temple to womanly bounty. He knew better than to touch, however. Nearly every bit of the girl crooned a siren's invitation, but her tongue sang another, sharper song altogether. Men in general she held in disdain, but for him she'd nurtured a special contempt.

Giveaway: An ebook copy of An Unexpected Encounter, first novella in the Half Moon House series. 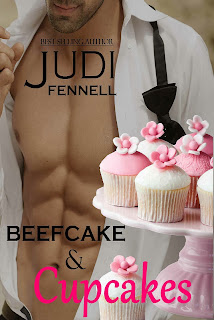 From Book 1 of the Manley Maids series, What a Woman Wants
Sean felt her eyes on him all the way through the door.
Her gorgeous amber eyes. On a five-foot-nothing body of screaming sex appeal with more curves than a racetrack, lips ripe for kissing, a face that’d put Helen of Troy to shame, and all the attitude to back it up.
How was he supposed to kick her out of this place when his first instinct was to drag her over to the closest piece of furniture, rip those gypsy clothes off that delectable body, and devour her for hours on end? Grab those auburn curls that tumbled down her back like an invitation and wrap them around his fist, arching her neck so he could—
Sonofabitch. The private eye he’d hired to investigate the will’s stipulations hadn’t mentioned that the granddaughter was a babe. 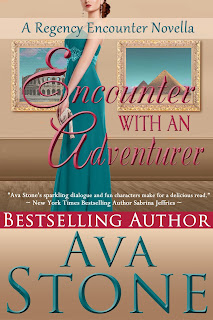 From her work in progress that will be found in the anthology - AN ENCOUNTER AT HYDE PARK...

“I am very practical, Griff. I am spoiled and have a taste for the finer things in life. A wealthy man can provide those things for me. A poor one would never feel as though he lived up to my expectations. I wouldn’t want to do that some fellow.”

“How magnanimous of ye,” he replied dryly.

Ellie narrowed her eyes on the handsome captain. “Ye are always inclined to think the worst of me.”

“On the contrary, my dear Ellie, I think I may be the only man in London who sees the real Elspeth MacLaren.” A roguish grin tugged at his lips. “Only ye can decide if that’s better or worse than what others glimpse.”

Giveaway: An e-copy of ENCOUNTER WITH AN ADVENTURER 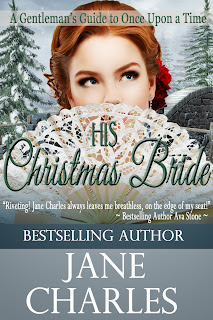 From His Christmas Bride, out December 2013

Why hadn’t he ever noticed her eyes were a deep blue?  Miss Valentine was a beautiful young woman. She should not be hidden away in the country as a nursery maid.
Noah Felding's sister cleared her throat, bringing him out of his thoughts. He had been staring at Miss Valentine and not saying a word.  When had he become so rude and inconsiderate?

“Might I hire you to act as Penelope’s companion at the house party?”

Giveaway: each of the Gentleman's Guide ebooks (His Impetuous Debutante, His Contrary Bride and His Not So Sensible Miss).


Don't forget your email address so we can notify you if you win!