Trick or Treat by Sara Humphreys 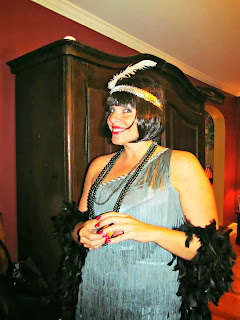 I have a love/hate relationship with Halloween. I love dressing up in costume (last year I was a flapper) and getting my boys geared up for whatever creature strikes their fancy is a blast. However, the temptation to eat the endless stream of candy is pure torture. Every year I tell myself that I won't eat my weight in Kit Kat bars but that's a lie.

Eating five "fun size" candies is fun in the moment but later...it doesn't feel very fun. Y'know how it feels?

Every year I leave the bowl of candy out on my stoop while I'm trick or treating with the boys, and  you can bank on the fact that it will be all gone when we get back. I don't mind that the candy is all gone, in fact I welcome it, but I'm convinced that one greedy little bugger comes by and dumps the entire bowl into his/her bag. One year I want to set up a camera and see if it is some 16 year old jerk wearing a lame mask with his regular clothes. You know it is.

When they were little, I made their costumes and I had so much fun doing it! My mom always made our Halloween costumes and they seemed so much cooler to me than the store bought kind. Although, that was back when the costumes from the store came in a box with a cruddy plastic mask. I will admit that today's store bought stuff is much better...but I still prefer homemade. The picture below is from Halloween 2003. That was the year that my oldest (the ninja) said to me, "Mom. Please don't cry but I don't want you to make my costume this year." 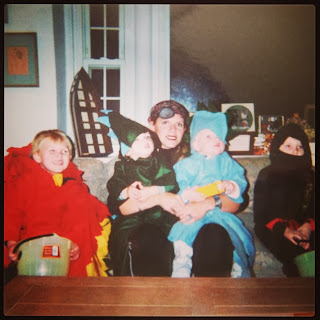 Needless to say...he got the store bought ninja. However, Leo wore the Macaw parrot costume I'd made a few years before but to add his own twist he carried a pitchfork and told everyone he was a Devil Parrot---if you knew Leo you'd know how perfect that choice was. The twins had coordinating dragon costumes and I went as a weary Mama pirate.


Watching my boys wear the costumes I made/helped put together/bought (depends on the year) is priceless and will never get old. Well, it won't get old for me but I'm pretty sure it's already getting old for my teenagers. However,  my twins are still into it. 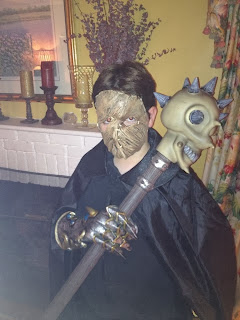 Jack created a death dealer of some sort and he's feeling rather pleased with what he's put together. He loves Halloween and has expressed, on more than one occasion, that it's his favorite holiday. Good. I'll have at least one partner in crime as the years go by. 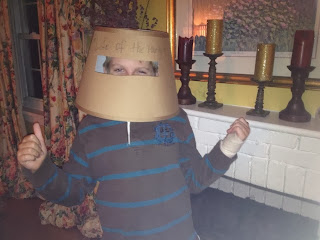 William is going as the "Life of the Party" which includes the lampshade hat as seen in the picture above. Tonight we'll be adding empty bottles and he'll be wearing a disheveled shirt and tie. I did tell him that this costume is an example of what NOT to do when he's a grown up.

On a side note, I do have a treat to share with my readers. 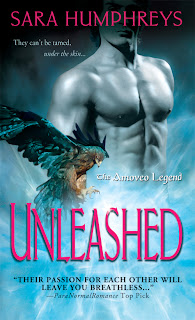 UNLEASHED (Book #1 Amoveo Legend) is currently on sale for only $2.99! It's a great opportunity to start the series and catch up before UNCLAIMED comes out in a few weeks.


Off to fight the candy fight. I hope you and your family have a fun and safe Halloween!

Posted by Sara Humphreys at 2:00 AM