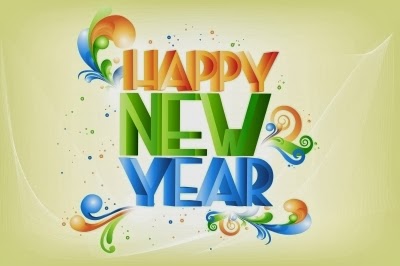 It’s that grand holiday we all call New Year’s Eve, and as I do every year, I’m reflecting back. I don’t make resolutions on January 1st, as I inevitably break them within the first year. I can’t tell you how many times I’ve resolved to lose weight or stop cursing—and I still love pastries and can say the eff-word nine different ways in a sentence and have it be grammatically correct. Instead, I choose to look back at what I’ve accomplished in the past year and what I’d like to improve. Setting goals with an actual time line helps me to keep on track.

2013 was one of the craziest and best years of my life. If you’ll allow me to soliloquy for a moment, here’s in short what happened: in April I made the decision to self-publish my first series; in June I received my first book cover; in July I went conducted a workshop to the Beau Monde on rookeries and went to my first RWA conference, where people actually (gasp!) wanted to know about my book; in August I quit my full-time job to pursue writing and took a part-time job as a receptionist; in September I turned 27; in October I finished my edits and beta edits for A Dangerous Invitation; on December 1st I finished the copy edits and all final read-throughs and content for the book and sent it off to formatters. Also in December—get this—I released my first novel into the world. You can now read the start to my series The Rookery Rogues on your e-reader or in paperback. That little piece of my soul called A Dangerous Invitation is no longer just mine: it now belongs to all the readers out there.

So you could say it’s been a wild year. I don’t normally like change, but in this case, I look back at all the changes and I’m so happy. It’s the support of people like this group here at Lady Scribes that I’ve been able to make these positive alterations to my life. In one year, I’ve gone from a girl who was playing around with a new project of darker, gritty romance to a girl who just published her debut novel, and worked her butt off to make it the best book she was capable of producing. I’ve learned more things about writing and 1830’s London than I ever thought possible.

This year, I’m so grateful for my friends, my family, and my lovely husband. I’m hopeful that next year I can continue to grow as a writer and that I meet with success in publishing my second book. I’m looking not just for commercial proof that I’ve “made” it as a writer, but that feeling inside of me that tells me, “hey, you’ve done something you can be proud of.” Isn’t that what we all want? We strive towards making something great out of our lives. Something that makes us feel like we’ve left an impact on the world around us, and we’ve changed it for the better.

What I’ve learned most this year is that there’s a certain power in being yourself. I’ve never really been one to want to conform to other’s expectations—I have a problem with authority that I’m sure my host Andris understands—but I found myself doing that. I was stuck in a job where I didn’t really get to be me, or focus on the things I loved most. When I was finally able to leave that job, it hit me that I’d been unhappy not because of the work, or even because of the people around me, but because I’d allowed that job to interfere with my self-identity. I had lost track of myself as a writer. I’m a quirky, pretty cheery person, so that was a problem for me.

But with self-publishing, and the wonderful supporting writing communities of both The Beau Monde and Heart of Carolina, I’ve realized that I get to be me. I can write angsty romances with suspense elements and pretty gruesome mysteries, and there’s an audience for that. I get to research the things that make me happy—no matter how weird or morbid they might seem.
I hope when you’re looking back at this year, that you’re surrounded by family and friends. That you’ve got good memories and that the hardships you’ve faced only strengthen you for what’s to come. It’s a brand new year ready for you to triumph. Go forth with your bad self and accomplish all that you’ve been meaning to!
And of course, in the immortal words of the great Spock, live long and prosper.

What are the big changes in your life this past year? 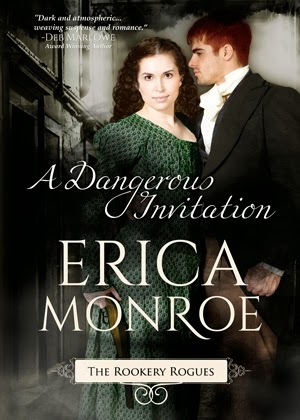 Book Blurb:
One fatal mistake cost Daniel O’Reilly the woman he loved, spiraling him toward drunken self-destruction. Now sober, he’ll have to prove he’s innocent of the murder he was accused of three years ago. But pistol-wielding Kate Morgan hasn’t forgiven his sins.
Torn from her privileged existence by her father’s death, Kate Morgan has carved out a new independent life in the Ratcliffe rookery as a fence for stolen goods. Daniel’s invitation to assist him jeopardizes her structured existence. Yet Kate can’t resist his touch, or the wicked desires he stirs within her.
As their renewed passions grow reckless, their investigation takes them through the darkest and most depraved areas of the City. To catch a killer, they’ll have to put secrets behind them and trust only their hearts. 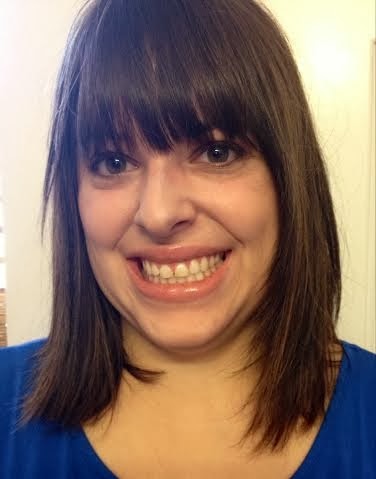 Erica Monroe writes dark, suspenseful historical romance. Her debut novel, A Dangerous Invitation, Book 1 of the Rookery Rogues series, released in December 2013. She is a member of the Romance Writers of America, Heart of Carolina, and the Beau Monde Regency Romance chapter. Erica can also be found blogging every other Saturday at Teatime Romance. When not writing, she is a chronic TV watcher, sci-fi junkie, lover of pit bulls, and shoe fashionista. She lives in the suburbs of North Carolina with her husband, two dogs, and a cat.

Erica is giving away an ecopy of A Dangerous Invitation!

Between a whole lot of teddy bear orders, 5 are ready to ship to Australia, and another 2 as soon as I receive payment, they are a lot of fun, and a lot of work, I'm working on book deadlines. 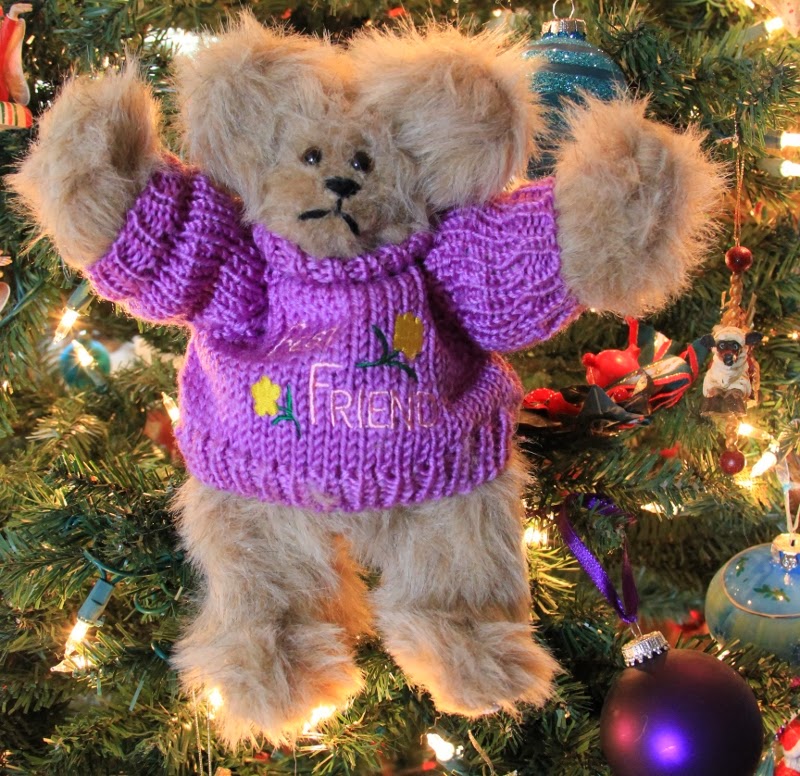 But to me, they're like writing. Each has her/his own personality! She looks like she needs a hug.

In the past, I've looked at the future as kind of like a blank slate. But this year and last, I've scheduled WAY too many things. So I'm going to a Chicago writers conference (1st time), Authors After Dark, Romantic Times (1st time ever, and I'm going to be helping to host a pirate wench party!), RWA Nationals, and two trips for research, Scotland, and Minnesota to a wolf park and whatever else my fan and friend can get me involved in up there. So really looking forward to it. And have to see family.

But I have deadlines too! And somehow I've got to accomplish those also. So my New Year's goal is to not schedule so much for 2015. LOL :)

My fans sent me some cool gifts too! My wolves, to keep me on track.

Supernatural to remind me to take some time out for me.

And a doll to tell all my frustrations to, especially when it comes to edits!

I am ready for it! Only it means lots of deadlines, trips, and fun! :)

Happy Boxing Day!
Did you get a Kindle for Christmas and/or some great Amazon gift cards? Then you're in luck because today over 200 romance and women’s fiction titles by Sourcebooks authors are discounted to $1.99 for TODAY ONLY.
Among them are books three and four in the Amoveo Legend!!!

Guess what...there are 198 more sexy romance titles to choose from! I'm posting the full list of books below for your convenience and you can access the Kindle Daily Deal page HERE.
Enjoy and Happy Reading!

Posted by Sara Humphreys at 6:00 AM 3 comments: